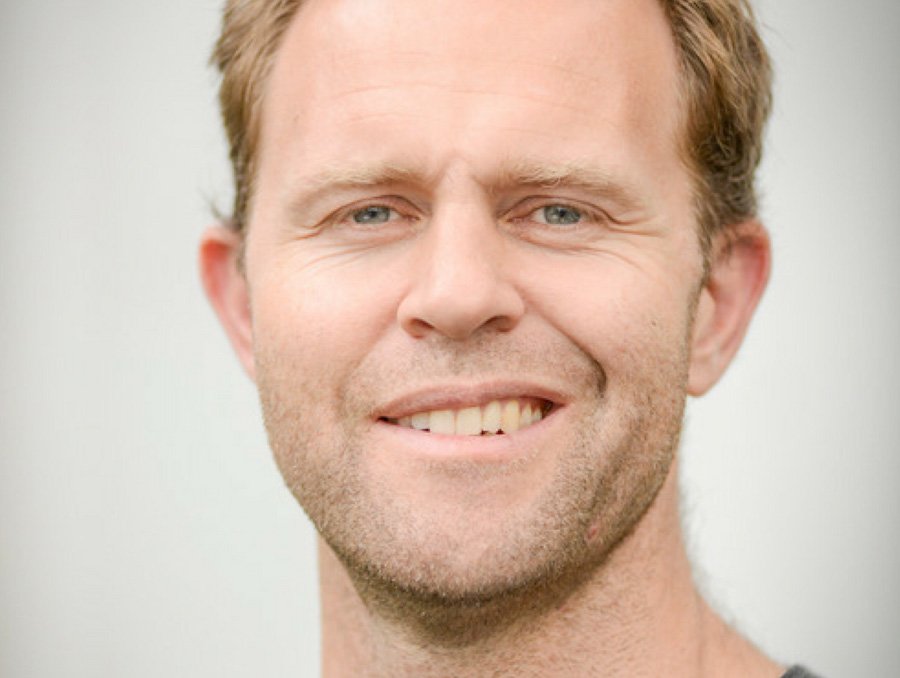 Will Davies is one of the founders of Australia’s first neighbour to neighbour car share community — a platform that now has 80,000 members. He’s also a member of WorkLife. He’s often seen sporting a Car Next Door shirt at the Berry IGA, grabbing groceries and carrying one kid, while his older two boys race each other with the mini trolleys. Here he’s done the WorkLife Balance chat on the hop, letting us know how Berry has assumed the definition of ‘our good life’, his top productivity hacks and why the train up and back to Sydney is the best place to chase the eternal goal of Inbox Zero.

How and when did you choose life? What’s your tree change story?

My wife’s parents moved to Berry from Canberra about six years ago. We were living in Randwick in Sydney and would go and visit them and loved it. As that was happening we produced three children. With every new kid, the keenness to get closer to the grandparents increased. We decided to push the button on the move in February 2017.

What was your greatest fear about making the leap?

The biggest thing for me was that we had a good group of friends in Sydney who we saw a lot. I did a lot of ‘Dad Things’ with them. My biggest fear was we’d get to Berry and everyone would have their friendship groups set and it would be tough to get to make new friends

What’s been the biggest hurdle you’ve had to overcome?

I used to do 3 nights and four days in Sydney. I would catch the train in on Tuesday morning and stay Tuesday, Wednesday and Thursday nights in Sydney so I can be in the Car Next Door office. My wife was finding that a long time to have sole care of all the kids. So this year I have wound back to two nights and three days and it’s much better. Before I made that change there was a period there where we were asking ourselves; ‘Shit. Is this really going to work?’.

How does it work for the rest of the family? What’s been the impact on them?

We moved to Berry just as Jack, our six-year-old started school. That was another big driver for the shift. It’s a very different feeling from when we used to drop the kids off at preschool in Sydney. Here you chat to people. You know people. It’s more relaxed. Everyone’s productive and doing stuff, but people actually take time with each other. Suz my wife is a paediatric physio and she’s found a real demand for what she does here. She’s taken a slot with BaiMed Physio a few days a week. The boys are loving it. Initially Jack used to ask; ‘Why don’t we go back to “our good life”’. That’s what he called our life in Randwick. That’s taken some adjusting. We’ve got both the older boys playing for the local kids Rugby League team this year. Now we’re living in a place that’s green. The kids can run around. Jack doesn’t say that any more.

What’s the biggest cliché of country life that’s turned out to be true?

The slowness of it. The fact that people do take time to sit down and have a yarn. It’s not just a bump, wave and a walk on. People do stop and have a proper chat.

Is there anything that’s been a surprise to you?

In one of the first few weeks we got to Berry the founder of Worklife Kate and her husband Jacques threw and impromptu dinner party. We came along and met a whole bunch of people on that night who have become very good friends over time. What’s become the biggest surprise is that there are so many people down here who are in a similar position. They’ve fairly recently come to town. They’re keen to make new friends too. There’s so not a feeling of; ‘we’re full. We’ve got enough friends’. There’s space for us. I would have thought over time that we might find two or three families who we might see a little bit of. But there’s probably about ten families who are in the same boat as us who we’ve become friends with. It’s really social.

The hundred thousand dollar question. When it comes to money, how do you make it work?

I’m working full time with Car Next Door. When I was in Sydney I was working one day a week from home. It was good to get out of the office and to get a different train of thought going. I still do that, but now I also do one other day where I do meetings on Zoom rather than face to face. So nothing’s really changed. The distance has made virtually no difference at all. If anything it might have some benefits. Getting me out of the office might even help the team to spread their wings (though that’s not really something I can AB test).

What’s your passion project/side gig? Is there anything that you’re hustling on?

I’m planning on getting bees on our place. And chickens.

Picture your book shelf at home. What’s the one book on it that everyone should borrow?

‘Elon Musk; Tesla, SpaceX, and the Quest for a Fantastic Future’ by Ashlee Vance . Also Peter FitzSimon’s biography about a freakish Australian lady called ‘Nancy Wake’ about her becoming a top spy during World War Two. I like real life stories where people are having a crack and being pretty adventurous.

What piece of furniture in your house that makes you the happiest?

I’m not big into furniture. But we’ve got a good deck. It looks out onto the escarpment. I like sitting on that deck. Also the combustion fire. I think that’s bloody awesome. That punches out so much heat when you need it.

If people come to Berry, what’s the one thing they should eat?

I guess the obvious answer is the donuts from the Berry Donut van. Everyone thinks they should visit there. You probably should try them. But they’re a bit like KFC. If you eat more than one you might regret it after.

What’s your go-to listen for your trips up to Sydney?

I do emails the entire time, the whole way up and back to Sydney on the train. I clear my emails. They’ve never been in better condition since moving here. I use Gmail and it’s got an extension called Gmail Offline, so you can clear and write emails on that, then it will automatically sync with your Gmail when you reconnect.

What’s your best productivity hack to get the most out of each work day?

I subscribe to the whole philosophy of ‘you’ve got to get your emails down to zero’. But one of the rules you get told is that ‘if your email is going to take more than a minute, then skip it and come back and do it later’. Here’s the thing. You REALLY have to do that. If you don’t you’ll see one that you think ‘I think I can do this in five minutes’. You’ll start doing it then 20 minutes later you might have finished it, but you haven’t cleared the rest of your emails. You’ll then have 100 left blinking at you and you don’t know if there’s something crucial hiding down there. If I properly stick to the one minute rule when I’m clearing 200 emails, then I might have eight left at the end. That’s much easier stress-wise, because I know where I stand. Then the second hack I have is that at the start of the week I look at all the projects on the slate and the steps I need to take in them. I look at the recurring things and routine tasks. I put them all into one list and prioritise them. I then take each of those items and diarise exactly when I’m going to do each one. It just takes the stress off. It means as long as I follow my diary I’m going to get everything done. It means I’ve worked out that I CAN do what I NEED to do, rather than having a never-ending list that feels overwhelming.

What’s the best thing about your membership to WorkLife?

Meeting other people. It’s a great opportunity to get to know other people that I might not meet socially. It’s important to network.

Imagine tomorrow is a perfect snapshot of your Best Life. What are you doing?

I wouldn’t be getting up too early. It would be the sort of time so you feel like you’ve got choices, but not that you’re feeling lazy and guilty. So probably 7.30 am or so. I’d be hanging out with my wife and three kids until 9 am and then I’d do four unbelievably productive hours of work until 1 pm that would leave my usual work for dead because I’m so focused. Then in my best life I’d have already bought some little sailing vessel and I’d take that out onto St George’s Basin and cut around on that for a few hours. That’ sounds pretty good to me.

And what’s the future look like for Car Next Door? Any plans to expand your offering?

Well at the moment Car Next Door are currently operating in Sydney, Melbourne, Brisbane and the Gold Coast. We’re currently expanding into regional areas and looking to be up and running on the South Coast in the next eight months. So it won’t be long before you can find a car for any occasion, any place, through Car Next Door.